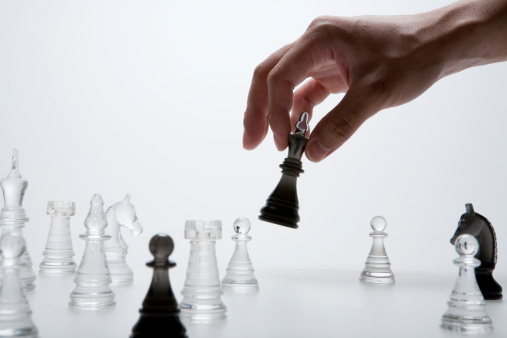 Part of being human involves making assumptions about the intentions and behaviour of others. We make our minds up about the intentions of others without having solid evidence to support our thinking. The more we feel we are being manipulated, the more suspicious we become. People can have hidden agendas and many still operate from the egocentric standpoint, as they did when they were children. Egocentrism is a childlike way of viewing the world where an individual finds it difficult to empathise and understand the world from another person’s viewpoint.

“A game is an ongoing series of complementary ulterior transactions progressing to a well-defined, predictable outcome. Descriptively, it is a recurring set of transactions… with a concealed motivation… or gimmick.”

Often, we are not even aware of the games we are playing with others.

This often occurs when a person lacks assertiveness. Instead of asking for what they want, they will resist another person in a subtle way to create frustration for another. They are essentially projecting their own inner frustration back onto another person as they find it too difficult to verbally express their needs and wants.

When we blame someone else for our behaviour we are essentially absolving ourselves of all responsibility for our actions or inaction. In this way, a person can come to believe that they have no power over the way they are. A hugely mistaken attitude that ultimately disempowers the ‚victim‘.

3) Playing Hard to Get

Sometimes we use reverse psychology to give the impression that we are more sought after and busier than we really are. Scarcer resources are more in demand, after all. This is a form of game playing though and it does sometimes backfire. I wish we lived in a world where people could be more open and express themselves as the mood takes them instead of trying to predict the outcome of their own behaviour. You know the drill – if I call now, I might seem too keen so I will wait another day, or – I have just received a text. I want to reply now but I will make them wait a little…games games games.

4) Showing Opposite Emotions to what is really being felt

This is connected to the above point. Keeping another person guessing as to our true feelings can also be seen as a form of game playing – a tactic. We may feel the need to protect ourselves from getting hurt or the idea of keeping the other person in the dark may make us feel more in control. Whatever the reason – there is some sort of payoff.